Teaching Proper Habits Rather Than Systems Can Be An Effective Path To Higher Learning For Players Of All Ages
By:
Guy Gadowsky 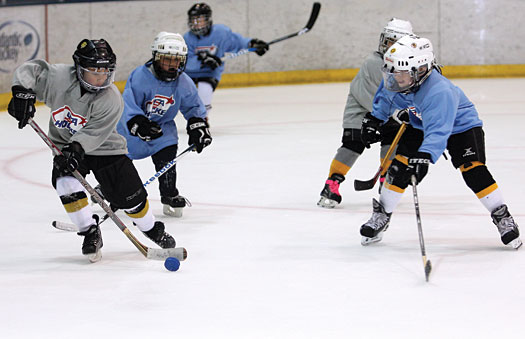 However, when it comes to practice, there is a philosophy that I feel strongly about for any coach responsible for developing players. That is to teach habits and not systems.

This is not to say that teams should not have systems; most teams do. However, the majority of practice time should not be spent on system repetition, but rather concentrating on the habits (or individual tactics) that are important for that system to be correctly executed. Generally, those same habits will apply to most systems.

Teaching habits will prove effective for all areas of team play, including special teams, defensive zone play, forechecking, breakouts and attack formations. I believe this philosophy applies to all levels as well.

Dave Allison, a coach who had a big influence on me, made accurate predictions on which players would make successful transitions to the NHL based not on their scoring statistics or physical size, but on their sound habits.

We don’t practice line rushes before we are competent skaters and can handle a puck, nor should we practice team systems before we are well versed   at the components (habits) of those systems.
Using breakouts as an example, basic habits that we work on regularly are: 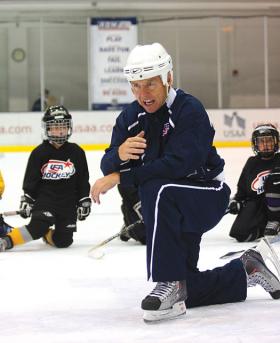 Defensemen: Skating back for the puck, looking over your shoulder to see where pressure is coming from, getting the puck quickly on your forehand and making a quick, flat, tape-to-tape pass.

Centermen: Controlled skating and timing to support the puck with an excellent target and knowledge (vision) of where pressure is coming from.

It is easy to incorporate forwards posting up with forward momentum in a large variety of drills where the main focus may be line rushes, attacking the offensive zone or just warming up the goalie. Any passing drill can easily emphasize timing support with a good target.

The same goes for a defenseman's habits of looking over his or her shoulder and quickly getting the puck on the forehand (surrounding the puck). This habit is easily integrated in a variety of drills.

It is possible to work on the components of breakouts in every drill in a particular practice and not actually perform one breakout. This means that valuable ice time can be used for drills focusing on skill development through fun, competitive drills instead of monotonous system repetition.

It is painful to see youth teams with limited ice time stand around and watch their coach draw breakouts on the rink board and then spend more time standing around watching one line at a time slowly execute a controlled breakout to the coach’s specifications.

In game situations, even at highest levels, set breakouts occur infrequently compared to the number of times players are required to use habits outside of set plays. 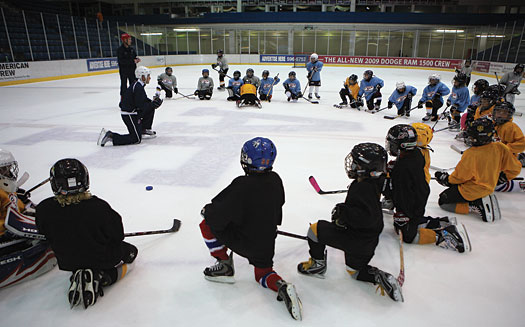 Coaches should plan practices that allow players to work on basic skills through a series of fun and competitive drills without pre-determined outcomes.

To prove this, next time you watch an NHL game, count the number of situations where a team has a player stride for the puck and has the option of hitting a posting forward with support.  I have seen several college and NHL games where these habits are displayed in excess of 10 times between the two teams in just one shift, as compared to the number of set breakout plays that are used.

A specific set breakout won’t occur as many as 10 times in an entire game. It makes much more sense to practice areas of the game that occur most often. You don’t want to practice set outcomes. You want to practice reading, reacting and creating.

Coaches should plan practices with variety and flow. Let the kids practice skills and habits in fun, competitive drills. They will enjoy practice and be better off for it in the future.